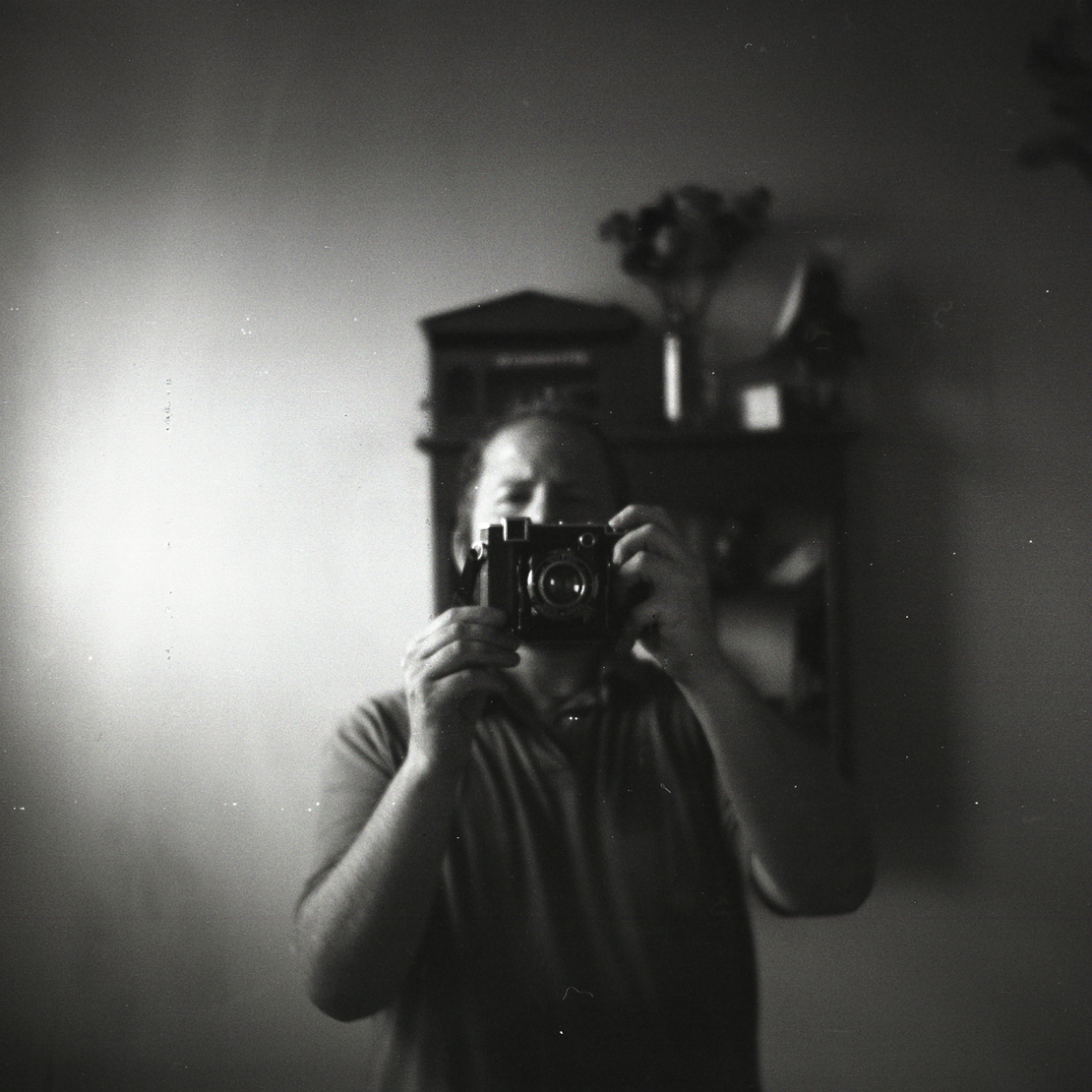 My name is Patrick Joust and I live and work in Baltimore, Maryland with my wife and son. I have been photographing for about fifteen years.

I’d like to live in a world that is constantly striving towards a more equitable society, where the benefits of our knowledge and technology are applied universally to help everyone. I want to live in a society that isn’t sacrificing itself and its future so that some people can live outside what’s sustainable. Is that too much to ask? :)

Photography gives me an excuse to stare intensely, something that is frowned upon even if you have a camera, but maybe a little less so. Going along with that idea, it’s also something for me to hide behind.

I use a variety. I mostly shoot on film. I probably use a twin lens reflex camera more than anything. My first was a Super Ricohflex that I still use because it’s also the smallest TLR I have. I often shoot with a Mamiya C330. I also like the 6x9 format and use the Fujica GW690 for that. I carry around an Olympus XA with me much of the time. I have a couple of other fancier 35mm rangefinders as well. I love the differences in color and style (including black-and-white) from various film stocks and formats. I try not to let one dominate. It’s always sad when a film stock is discontinued but I’ve been happy to see a slight resurgence of interest in film. Digital is great too but variety is important.

I like to read. I enjoy travelling, walking, hiking. I enjoy philosophy and history and trying to figure out the nature of the human condition and the universe :) … I love looking at clouds and how amorphous they are in terms of how they fit into space. I’m the kind of person who normally likes to know where I am on the map, but looking up offers a completely different dimension that I can never wrap my head around. You can be in the most tamed place in the world and look up at nature going wild.

I have a hard time picking favorites, but I can share some of the things I’ve watched and read lately that left an impression…

I watched The Spirit of the Beehive (El espíritu de la colmena) for the first time a couple months ago. Somehow it seems to relate, for me, the times we’re in right now. I really enjoyed the latest Robert Frank documentary, Don’t Blink, and have watched it several times. I was at the National Gallery of Canada in Ottawa recently where I saw La Main du Rêve by Pascal Grandmaison. I was mesmerized by it. You can watch part of it here, but I highly recommend seeing it at the gallery if you can get there. I also got the opportunity to see Andrei Tarkovsky’s The Sacrifice in the theater recently. I’m a big fan of Tarkovsky’s work but waited to see The Sacrifice until I could see it on the big screen. His films are so beautiful and I feel like I connect with them in a way that’s different than almost anything else I’ve read or seen.

I recently read The Geography of Nowhere by James Howard Kunstler. It’s a book that I was familiar with and had read parts of but I decided I really needed to read it all. It was well worth doing, though frustrating, since we seem to only be applying very little effort to reducing overdevelopment, consumption and the tyranny of the automobile. I also liked Outside Lies Magic by John R. Stilgoe, which was recommended by my friend, photographer Andrew Wertz. I just finished reading Blow-Up and Other Stories by Julio Cortázar and Vivian Maier: A Photographer’s Life and Afterlife by Pamela Bannos.

I recently read in this essay by Elisa Gabbert that the reason human beings haven’t been able to discover intelligent life elsewhere in the universe might be because there is a point in civilization where it reaches a certain size, along with a high point of near exponential growth in technology and culture, that it ends up destroying itself because self destruction becomes easy and inevitable. It becomes so big it’s impossible not to fail. The universe is vast but perhaps we’re not finding anyone out there because they’ve already heated themselves up and out of existence!

While that’s a disconcerting thing to think about, we're also at this stage in civilization when we are making more art than ever. Sometimes I feel overwhelmed by all of this. While there is no way to keep up with everything that is going on, dipping into the enormous stream of creativity that we have access to is remarkable and refreshing. I think we can marvel at the beautiful starkness of the universe and how artists respond to it even if our seemingly hopeless state turns many of us into pessimists. I think it’s okay to be pessimistic, I think it’s healthy in fact, but there is too much beauty for us to allow ourselves to become cynics.

“I have to have something between me and reality when I'm dealing with it most intensely.” — Ralph Ellison

“A great deal of art making, process, is about subliminal desire. The hardest thing for aspiring creative people is to learn to trust that kind of feeling, that longing, that instinct, because they are surrounded by ‘who cares about that?’, ‘that’s been done before’ and ‘what is the point of that?’. An artist has to believe in his own sense and experience of wonder. Life is too precious to simply adopt other people’s concerns.” — Richard Rothman

I mentioned my friend Andrew Wertz before. His work in the coal regions of Pennsylvania, as well as his ideas, have been an important influence on me. A few other photographers that come to mind right now are Bruce Wrighton, Justine Kurland, Greg Girard, Maude Schuyler Clay and Richard Rothman (who is quoted above).

Even though I love photographing all over the place, Baltimore has been not only my home but also the center of my photographic universe. One of the things I love about photography is how expansive it is; how there are so many different ways of seeing. So I’d also like to recommend some other Baltimore photographers whose work I’ve been inspired by, including Audrey Gatewood, Jerome Freeman and Marie Jane Machin.

I have some film in my freezer that I’m not using. Do you want it?

Thanks for the interview and thanks to everyone who has supported my work over the years! It really means a lot. 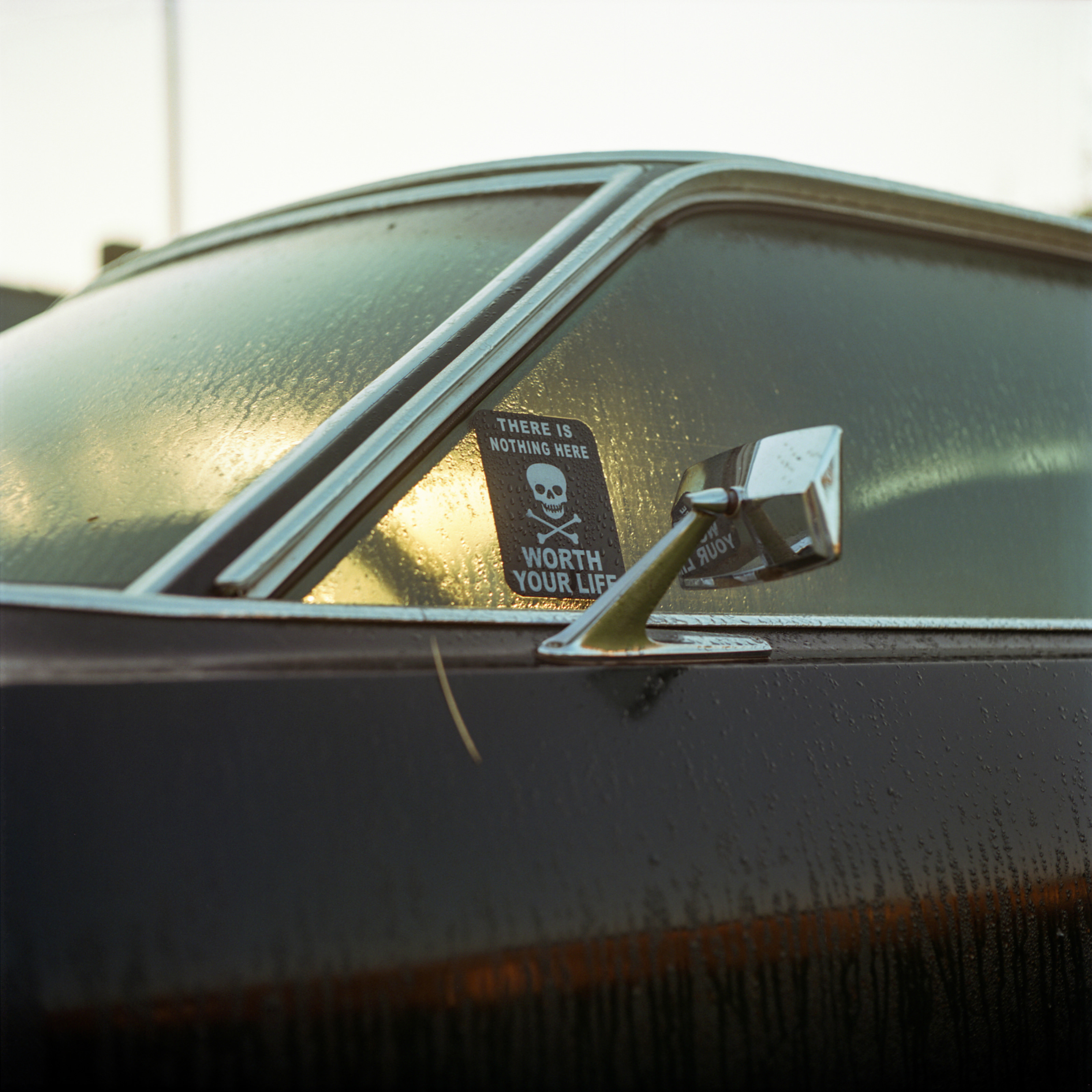 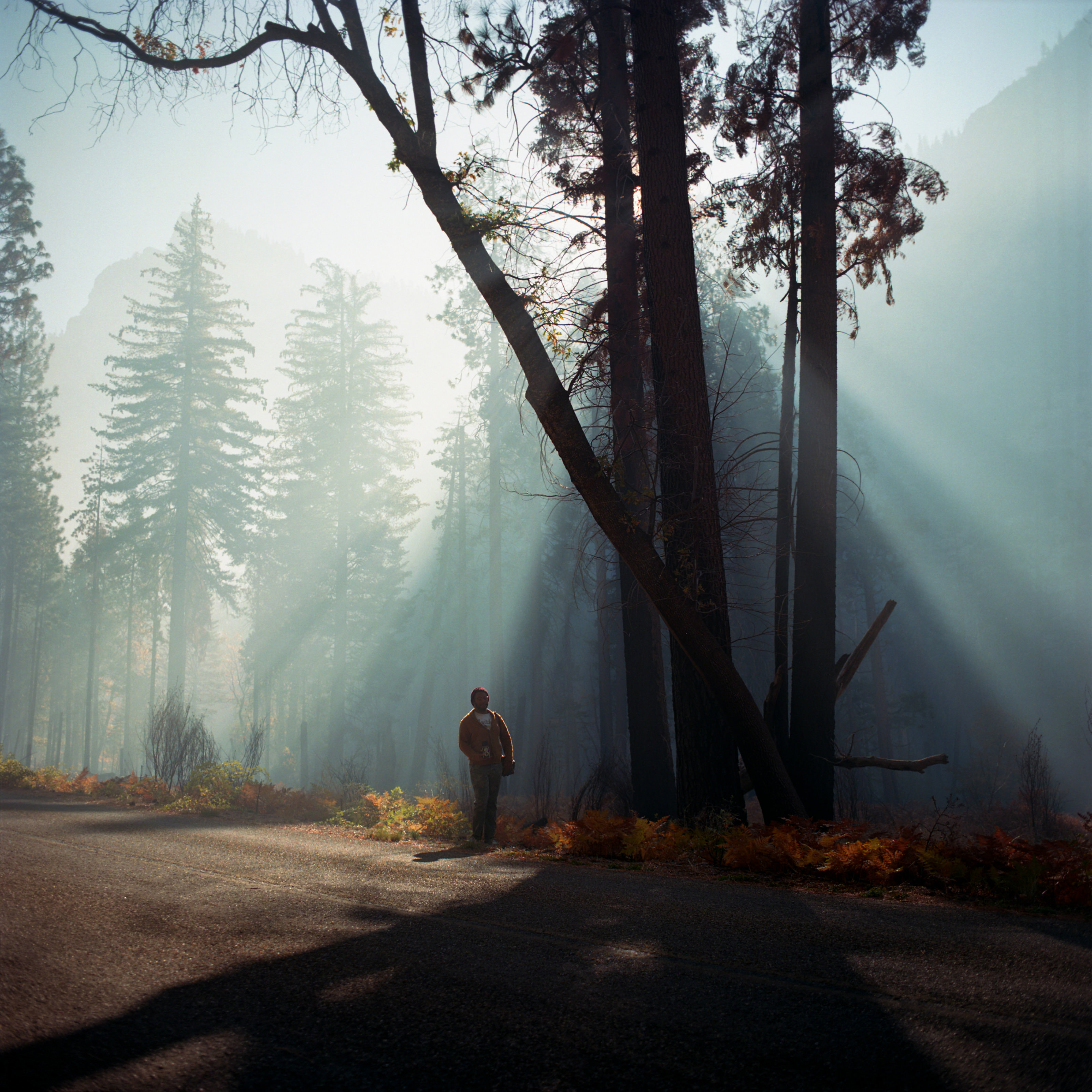 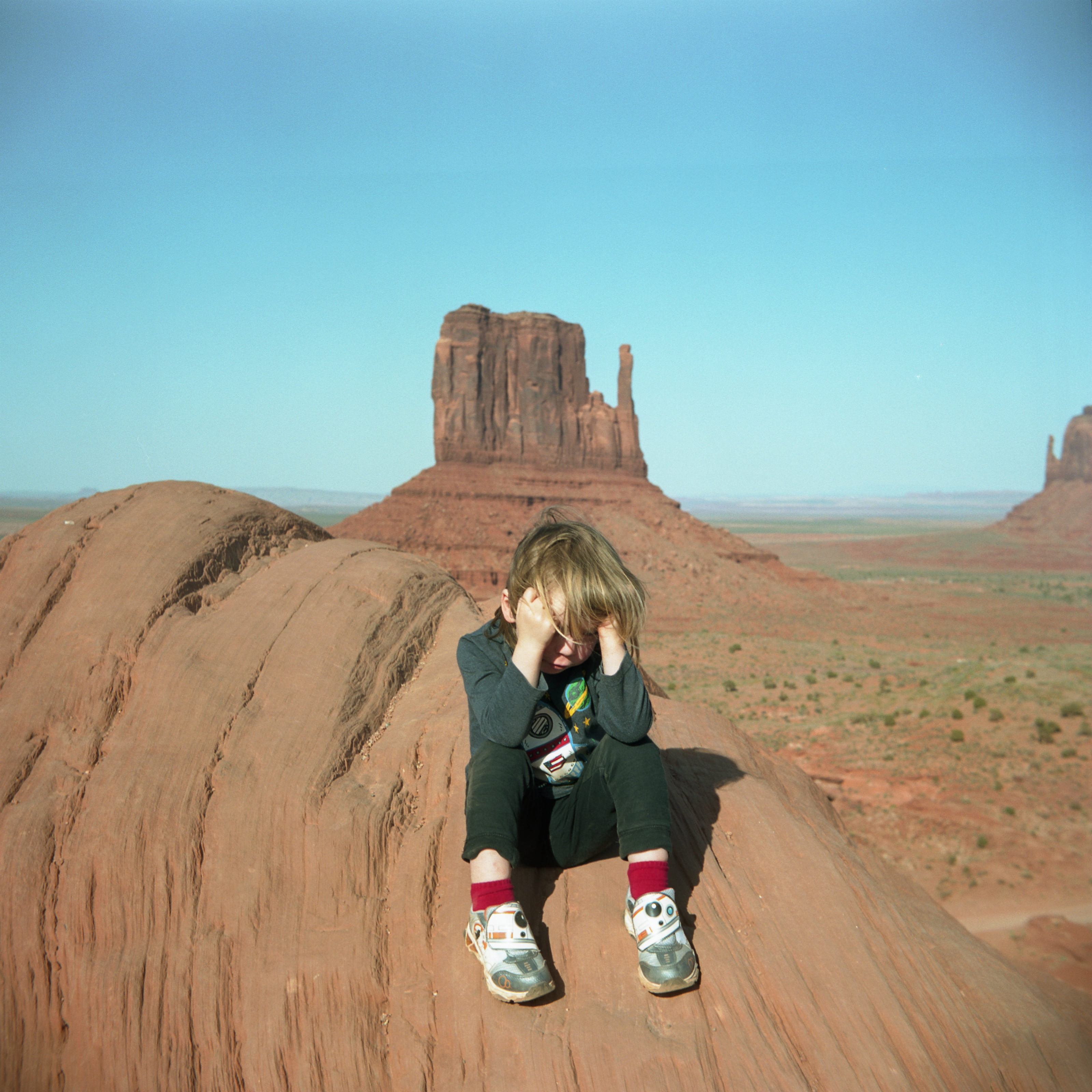 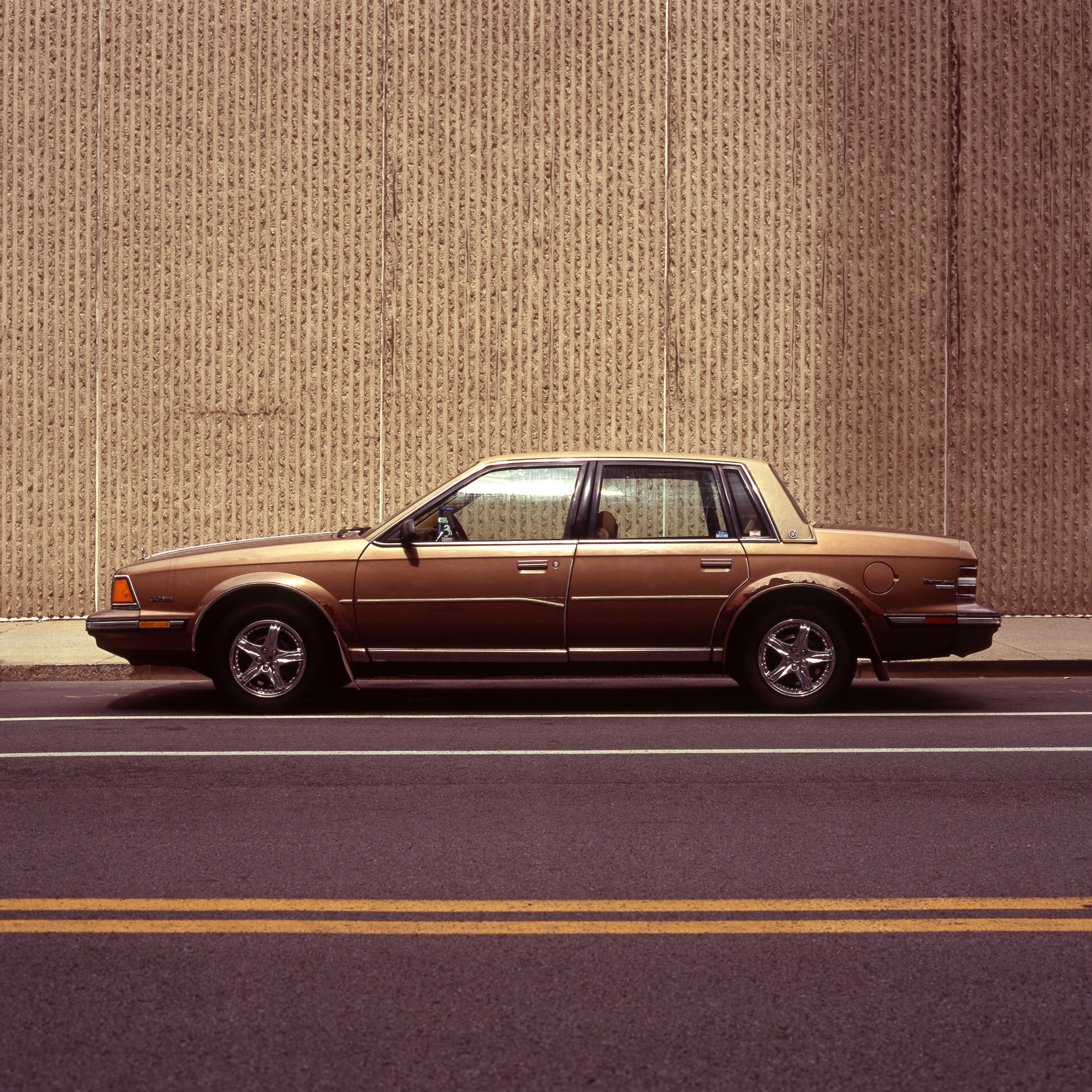 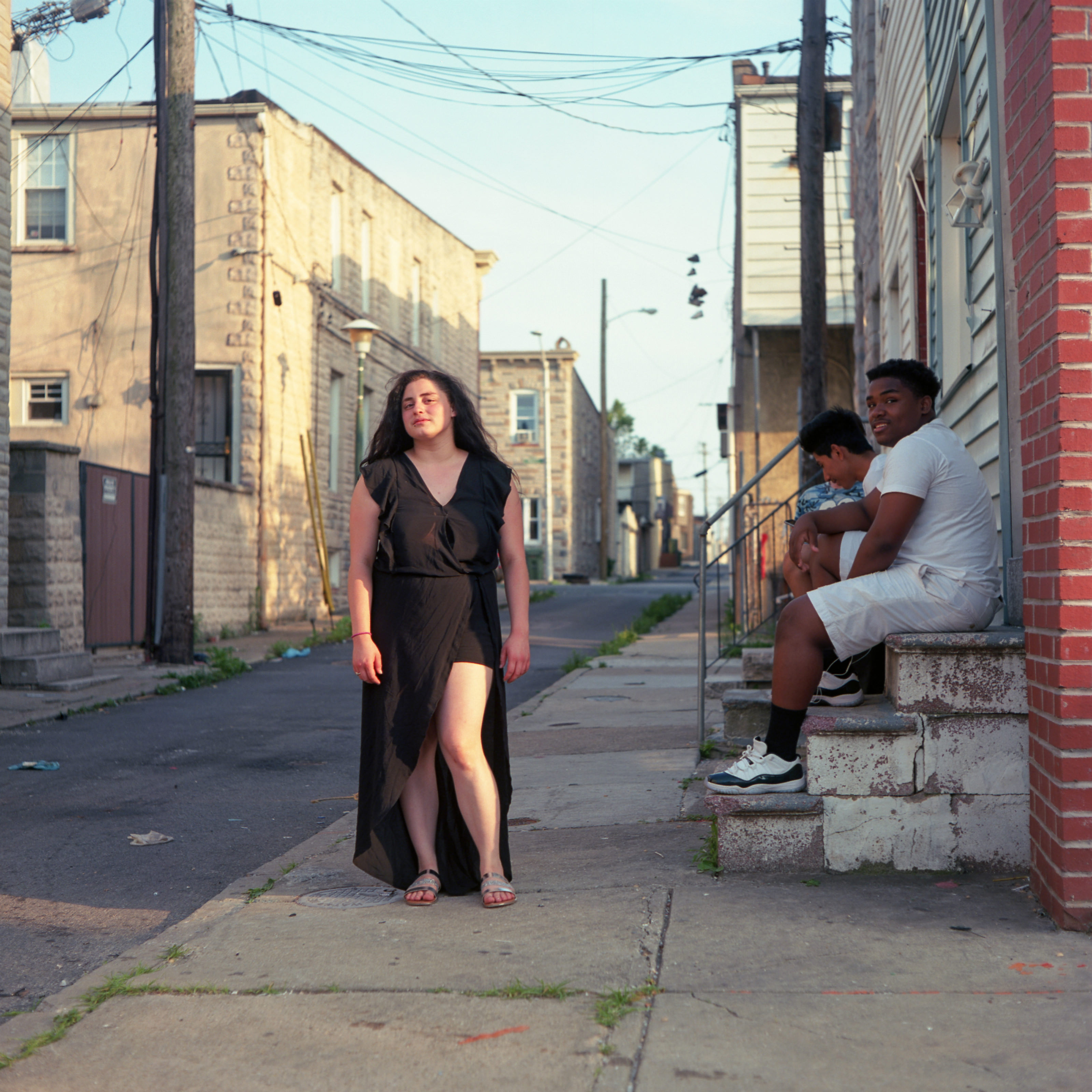 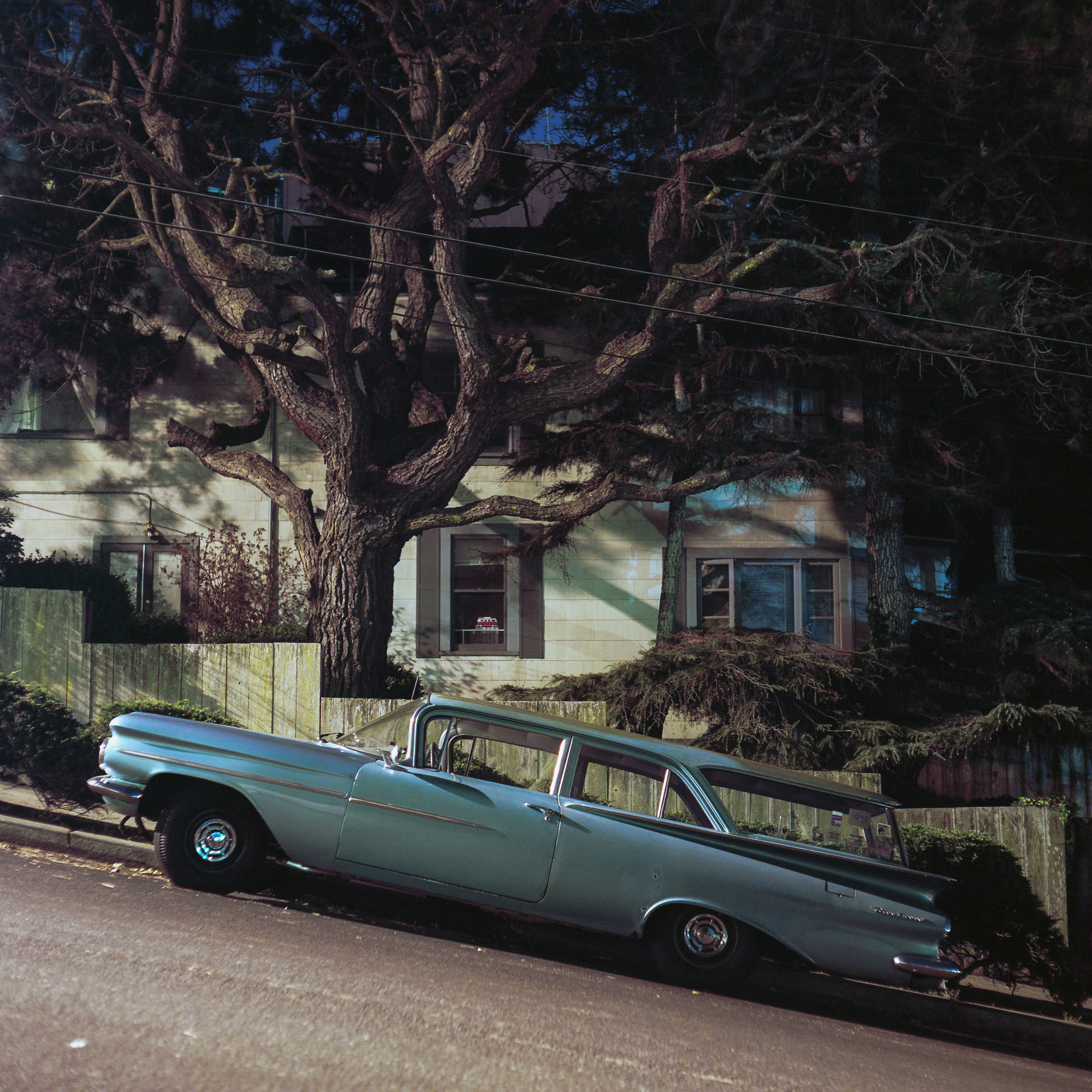 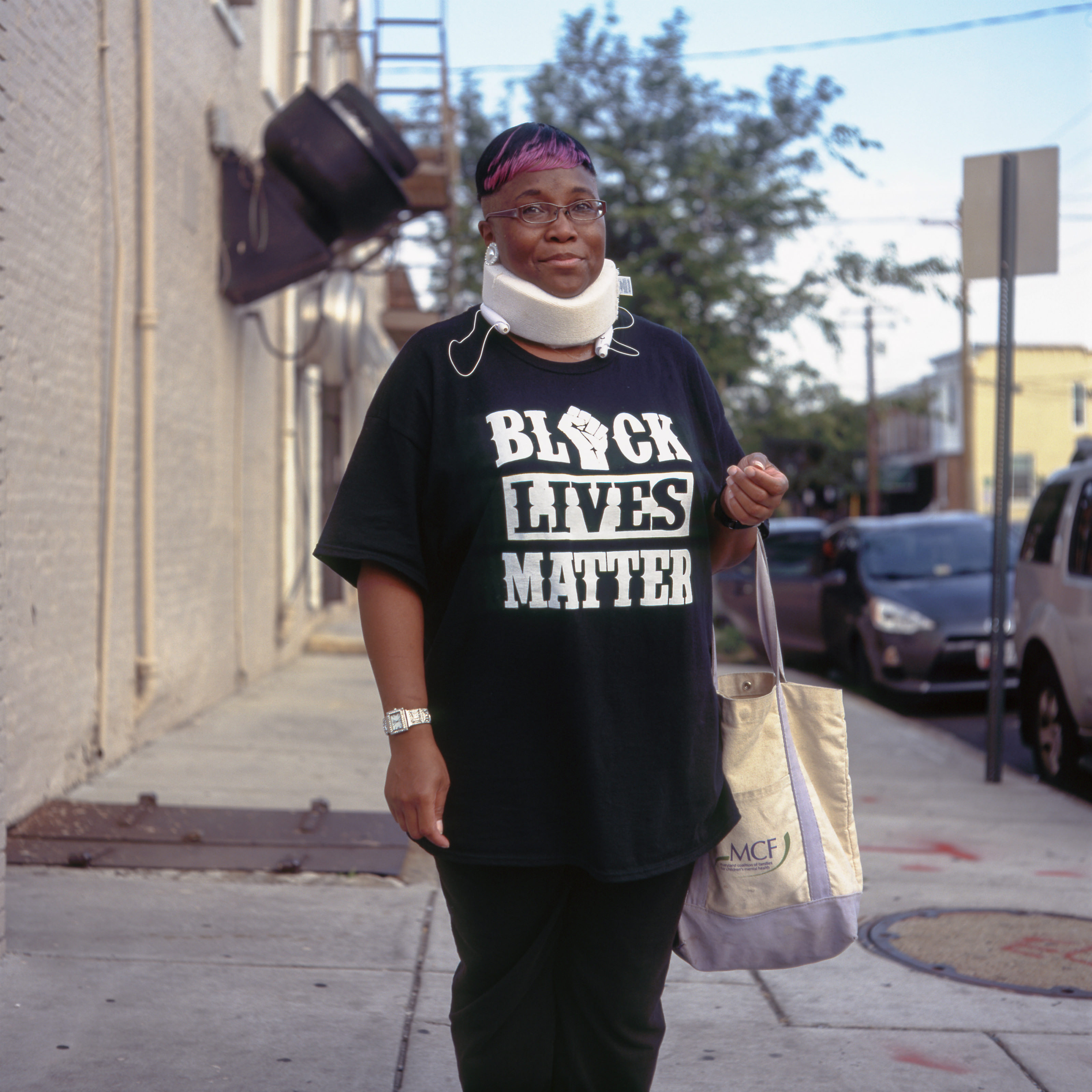 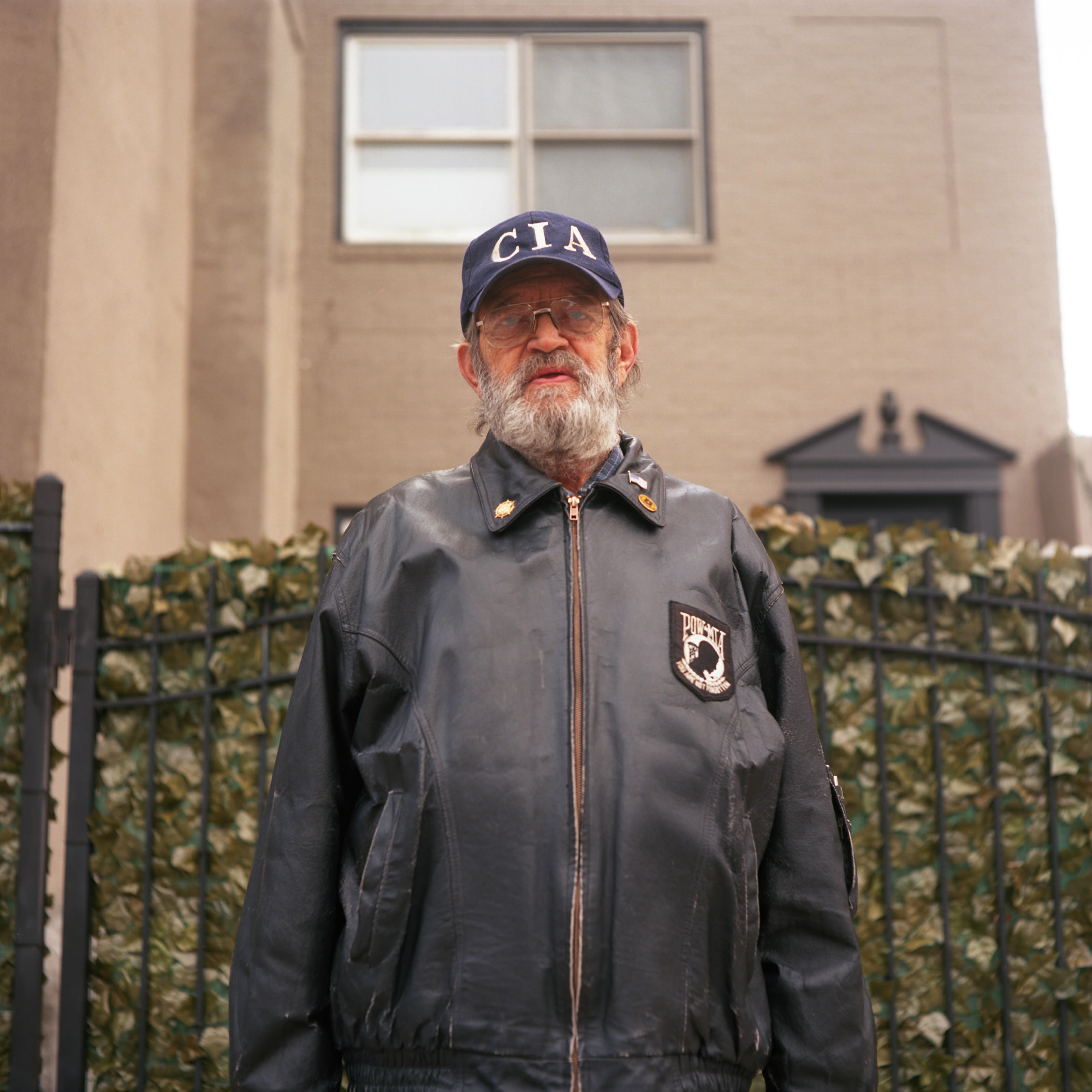 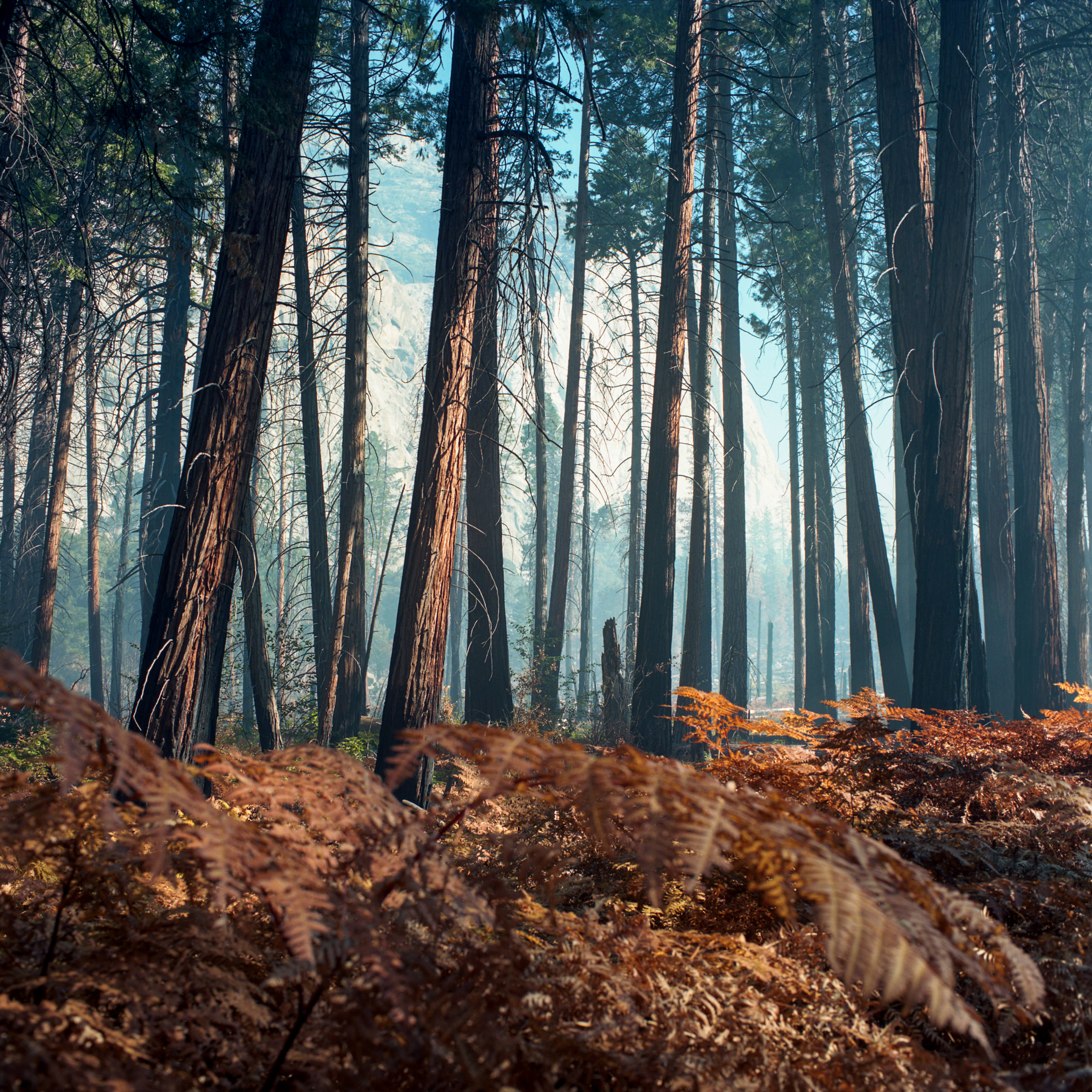 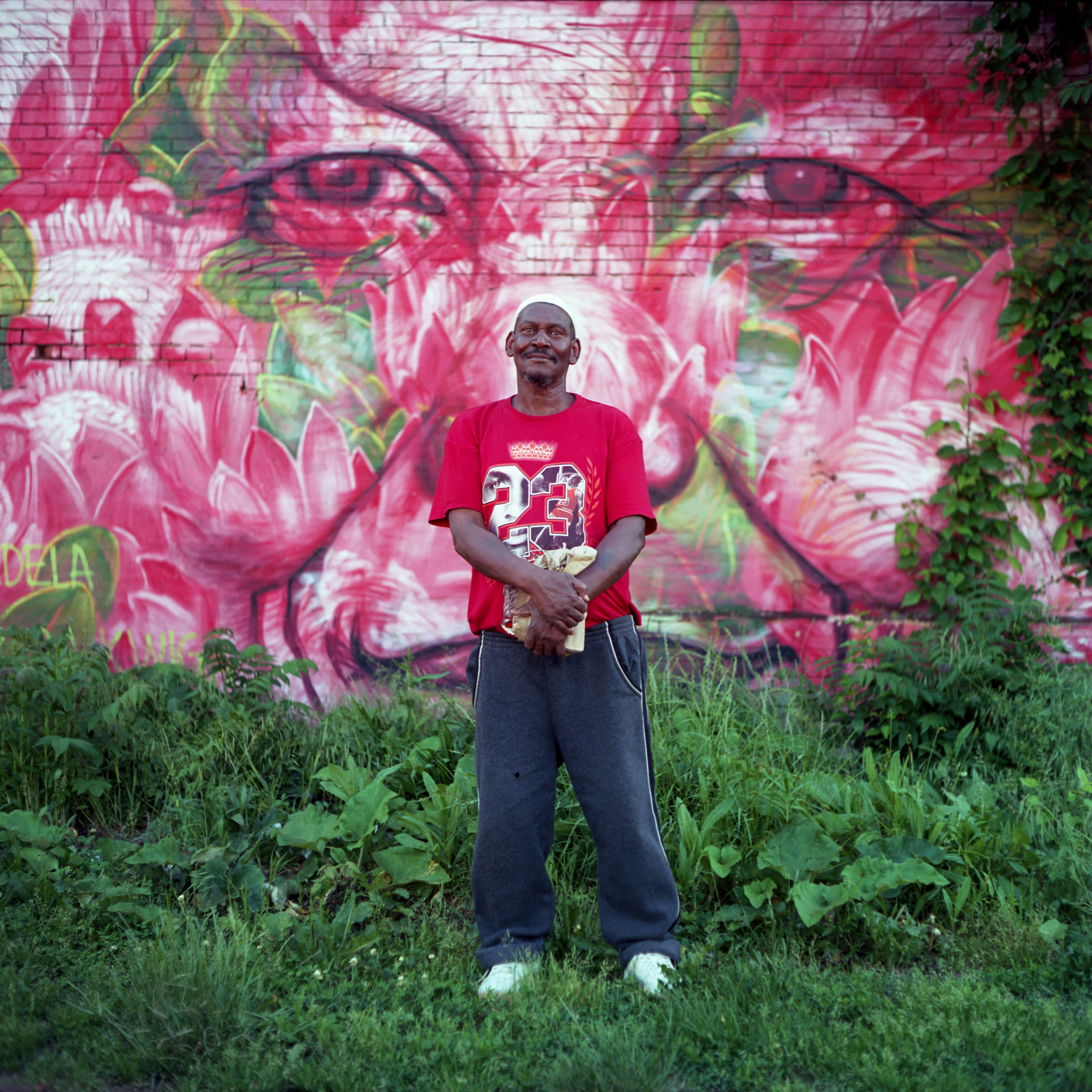 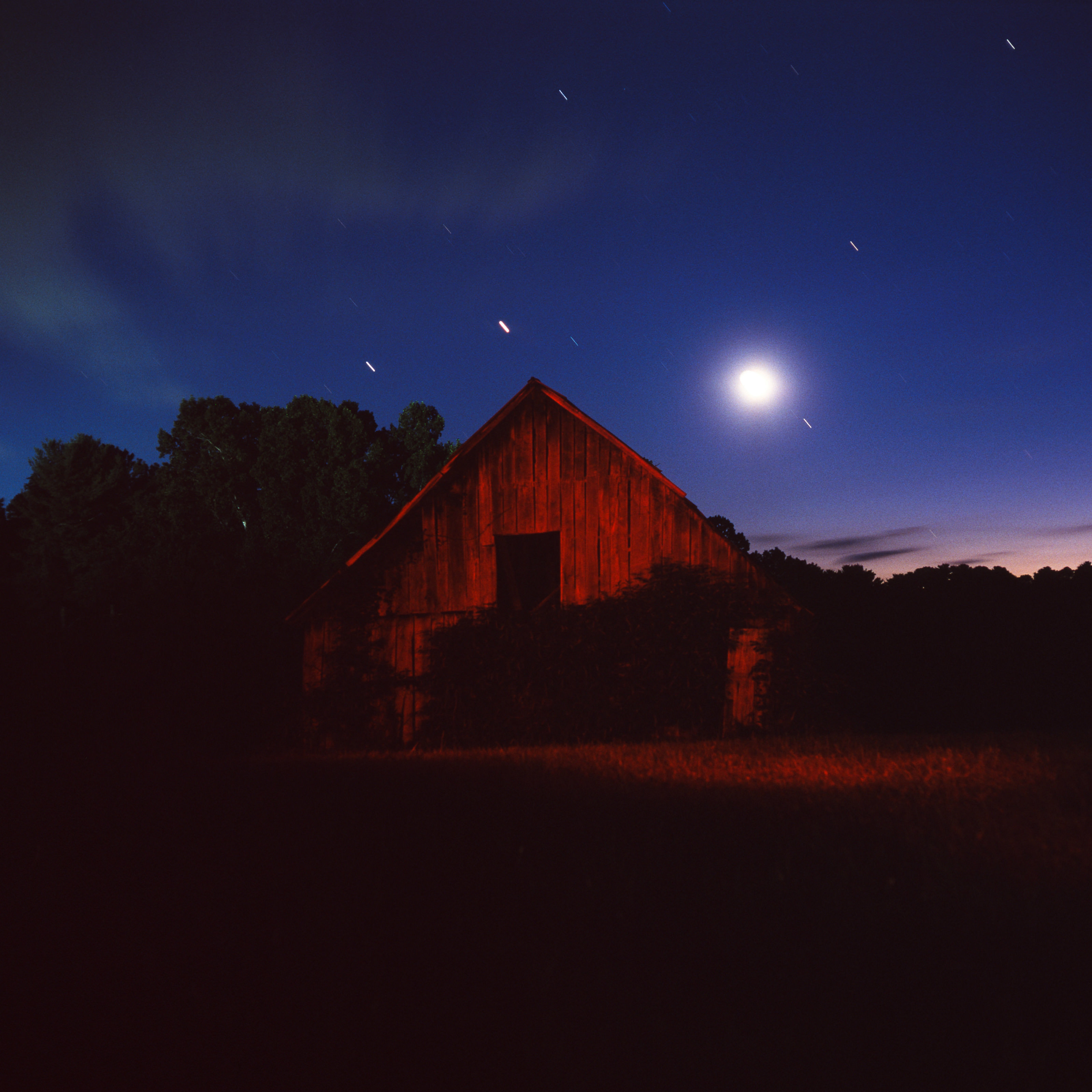 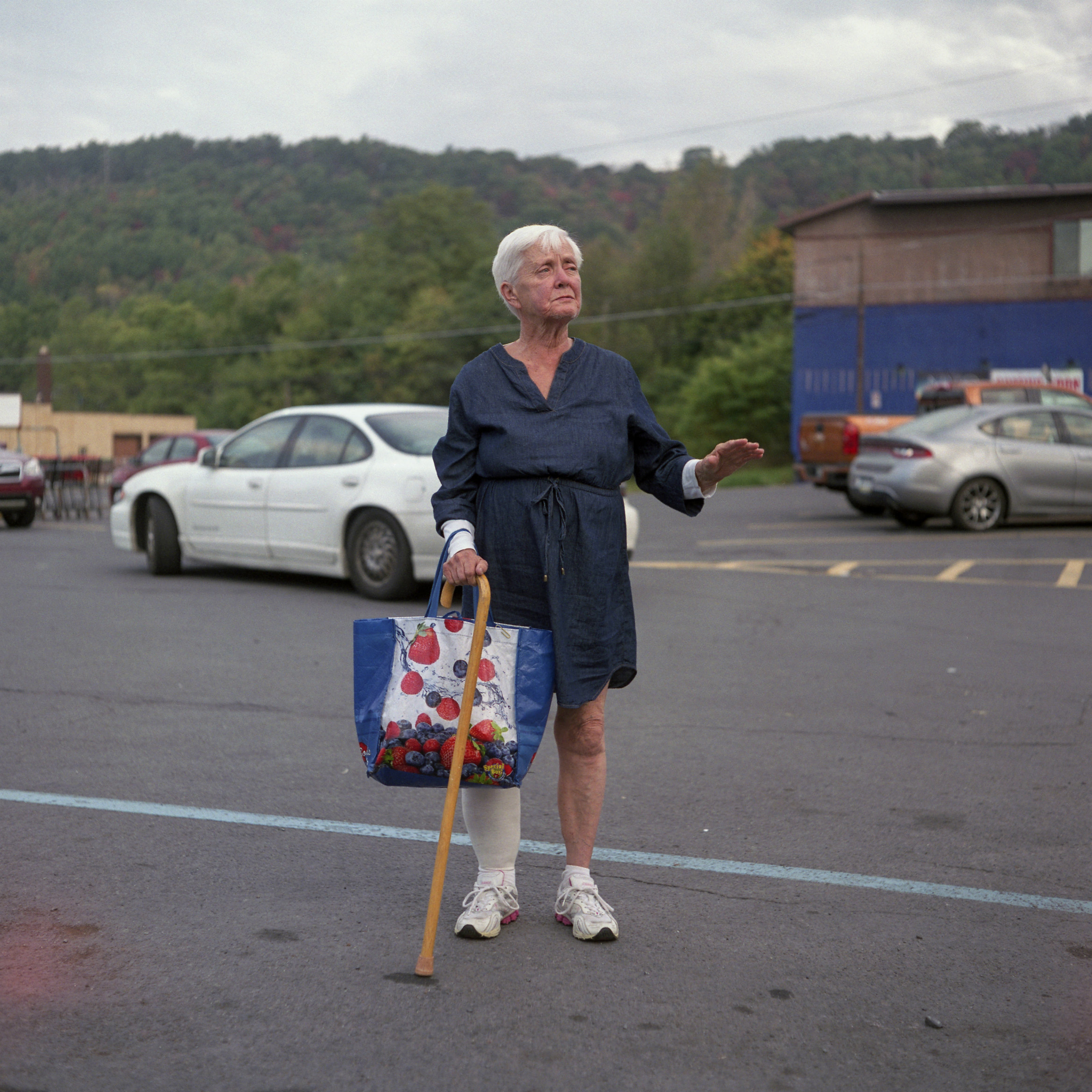 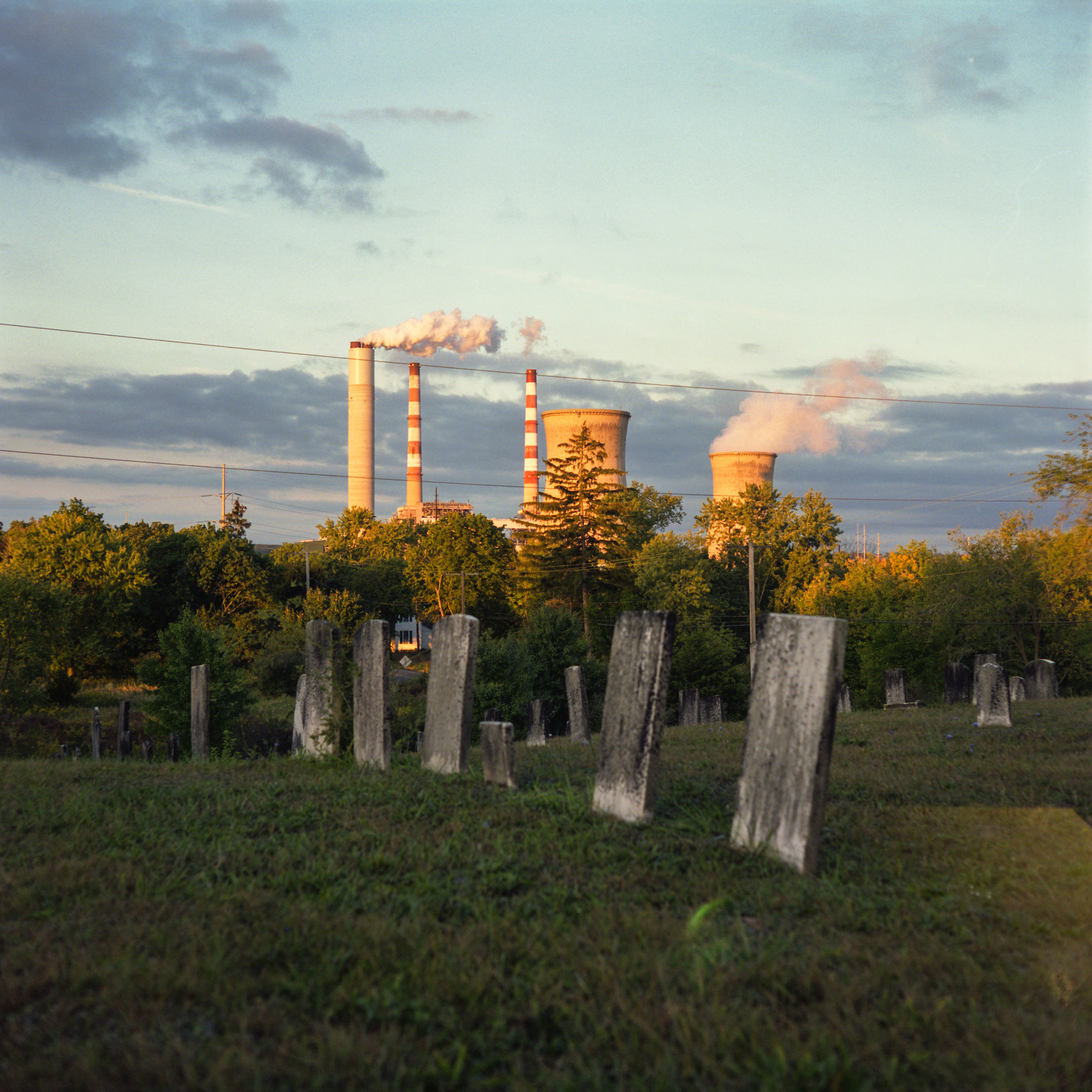 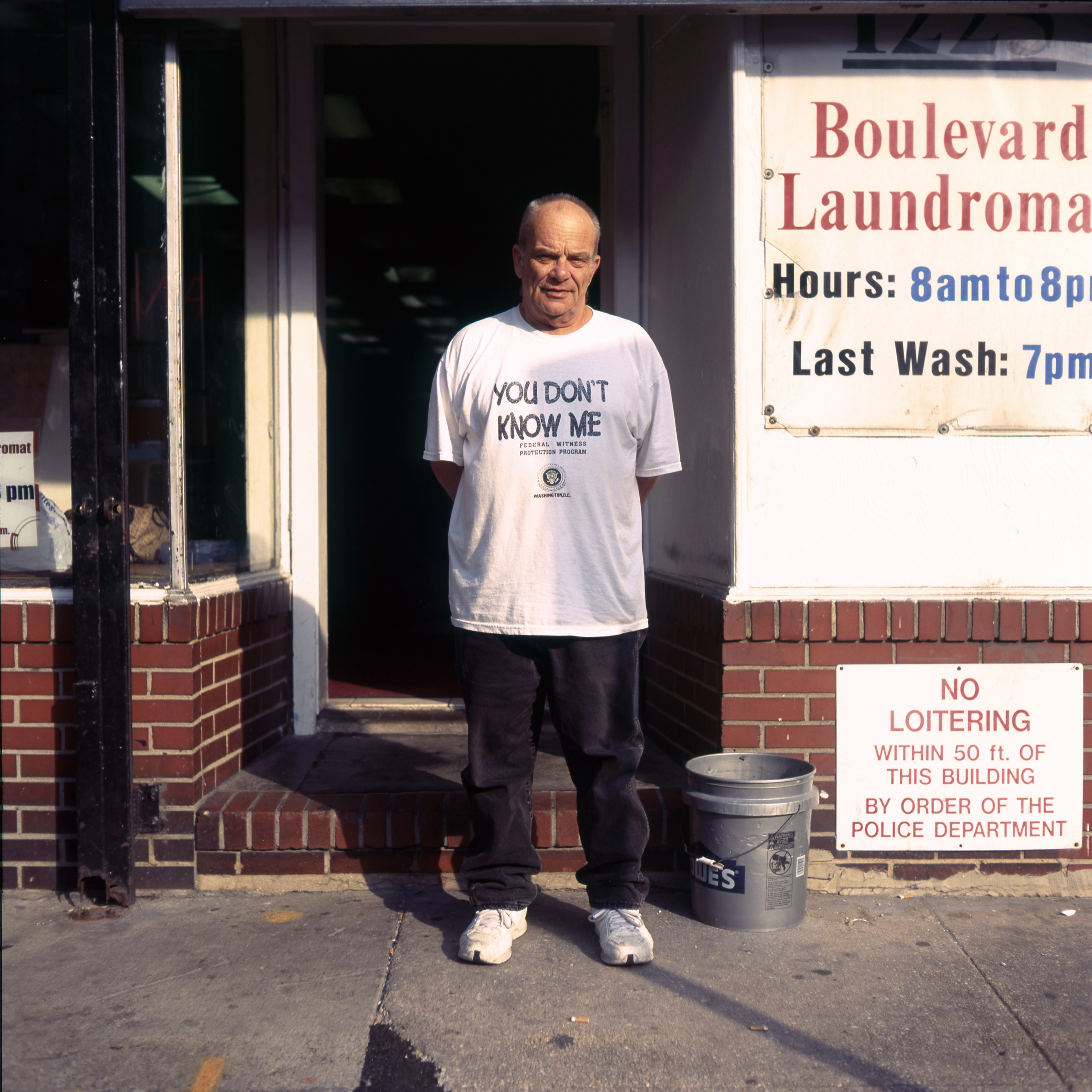 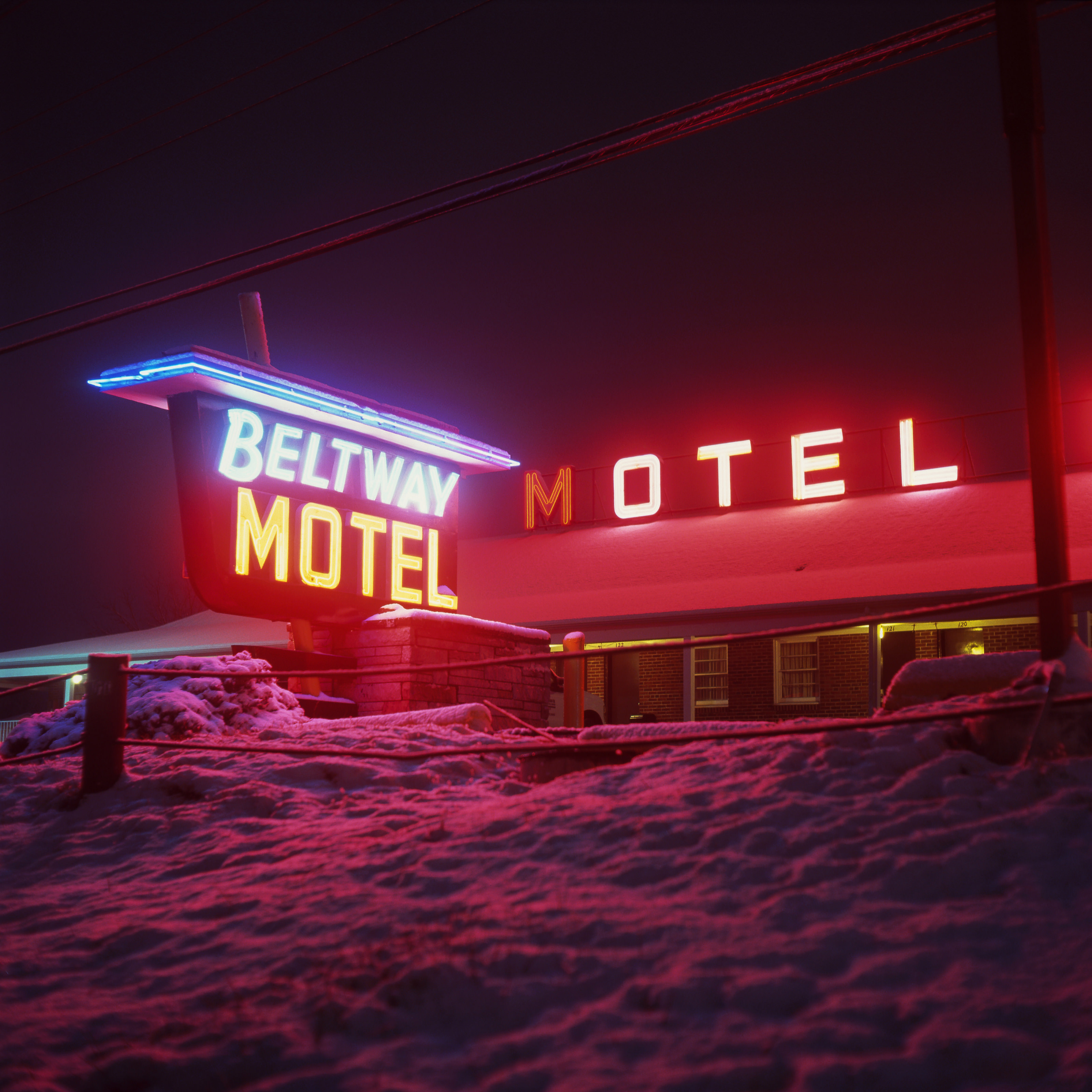 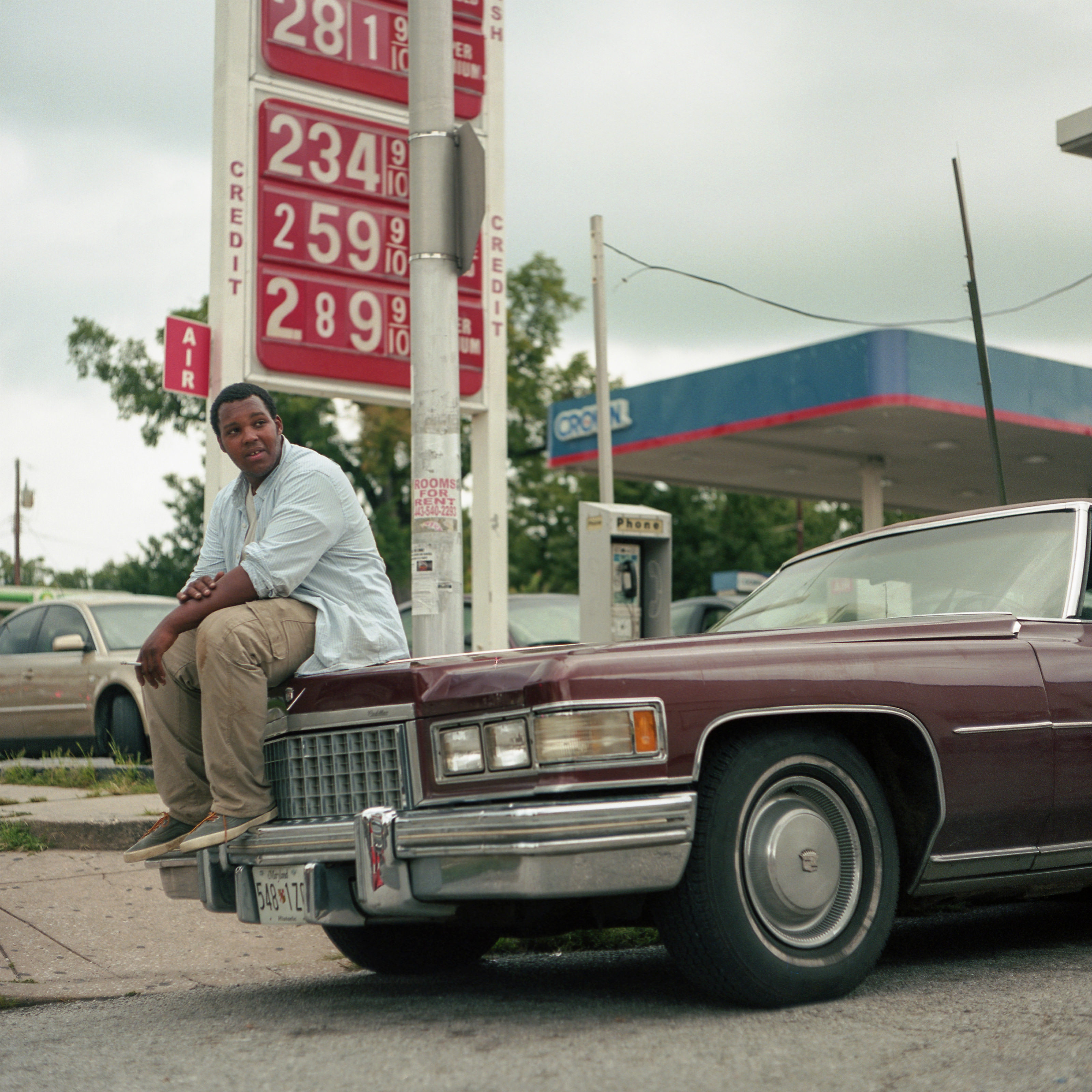 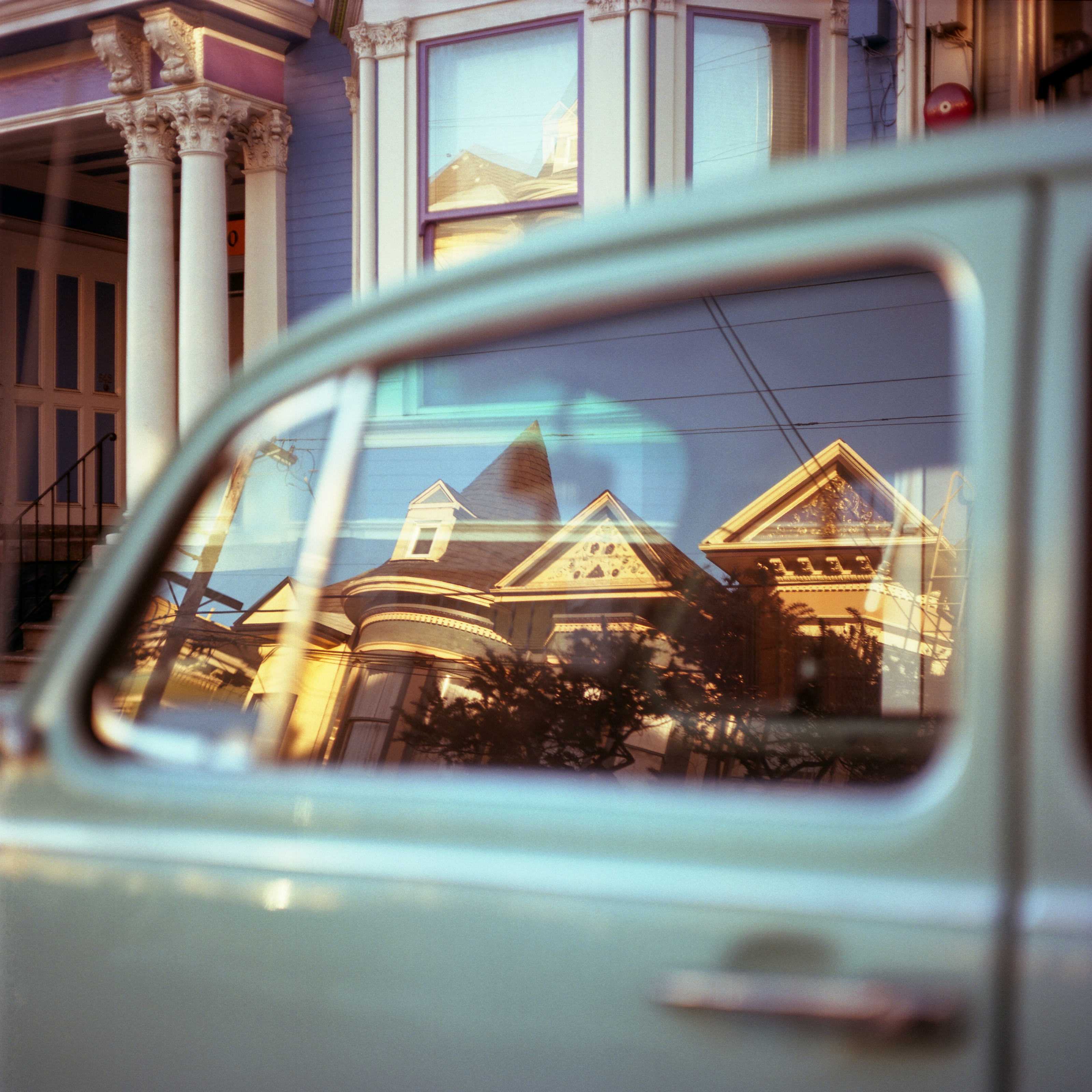 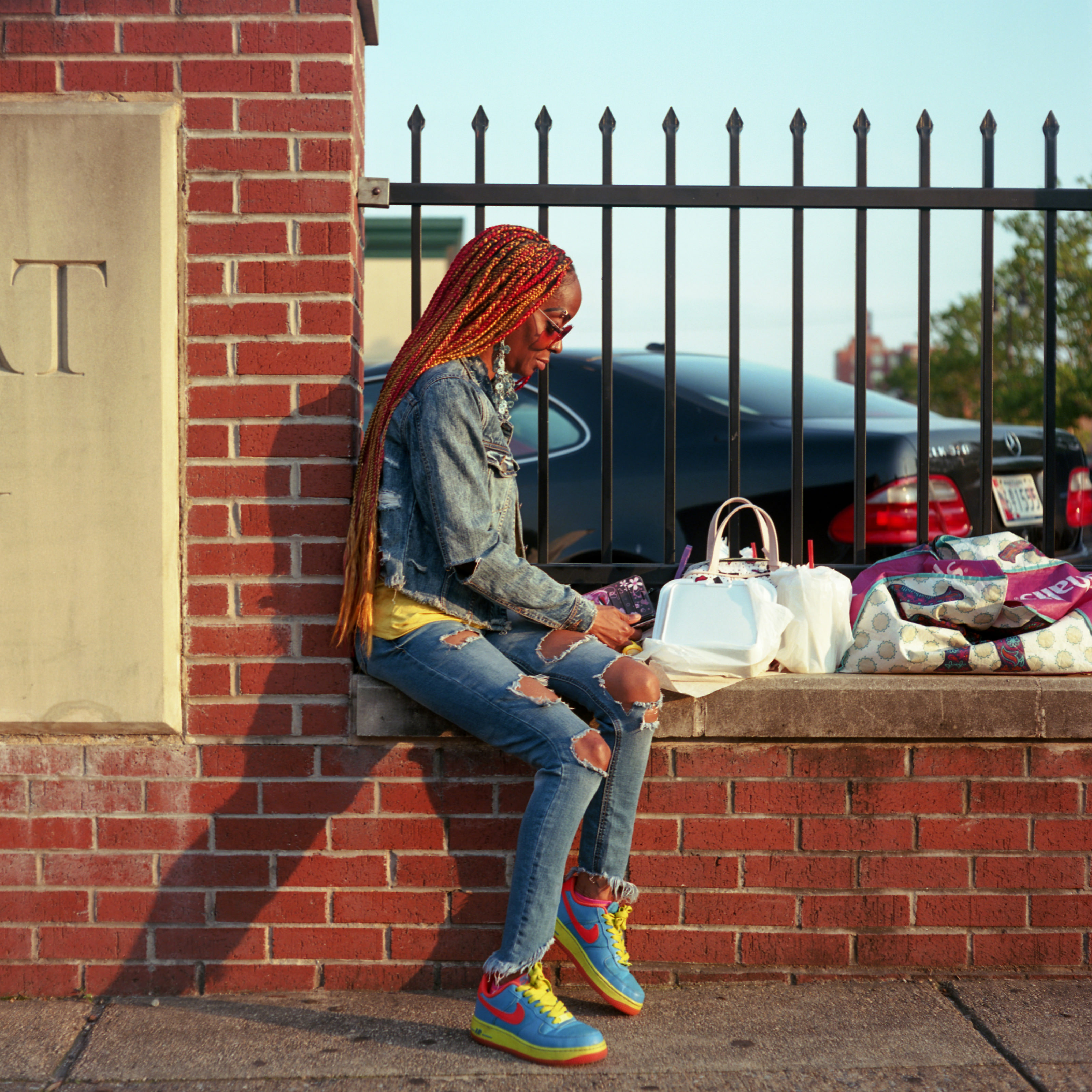 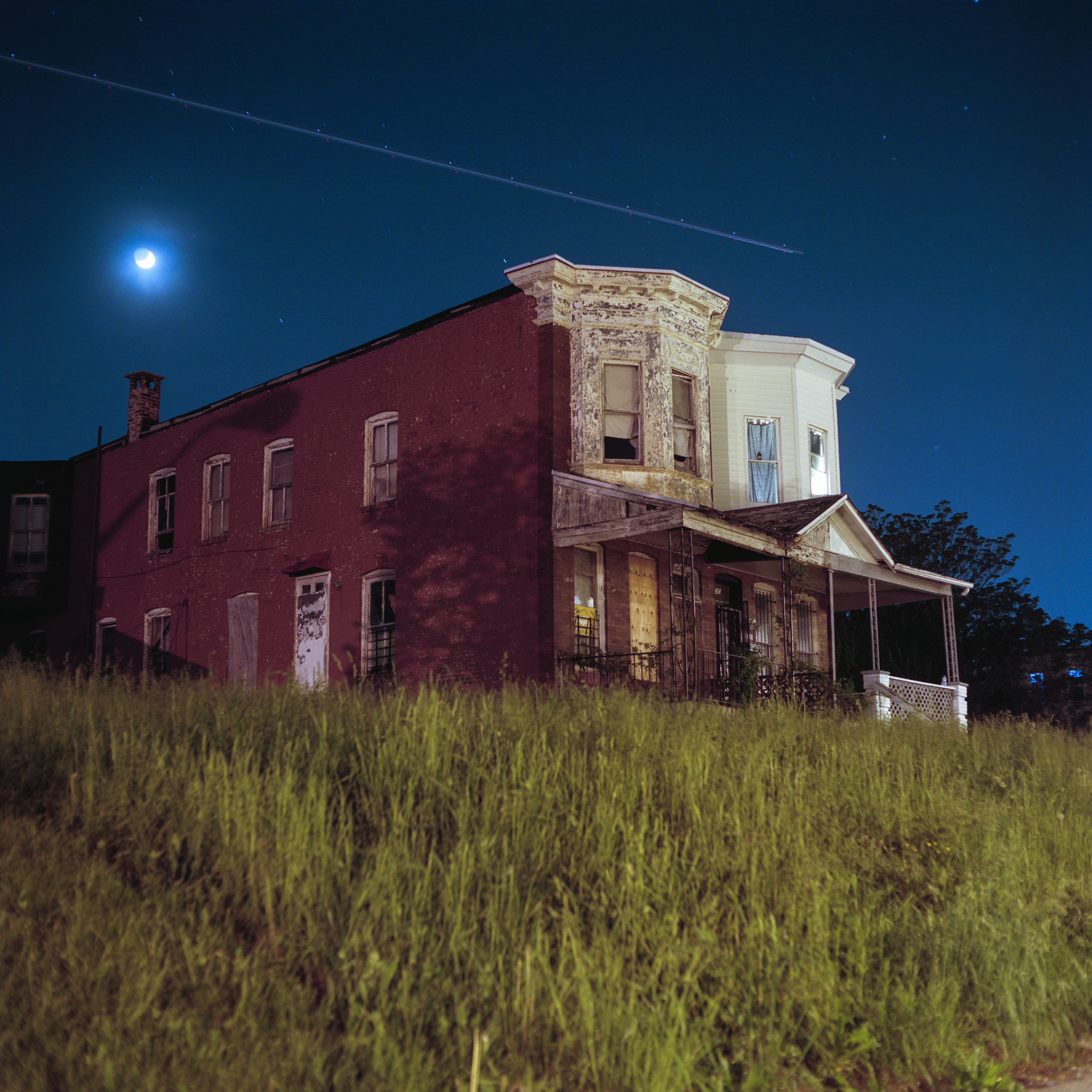 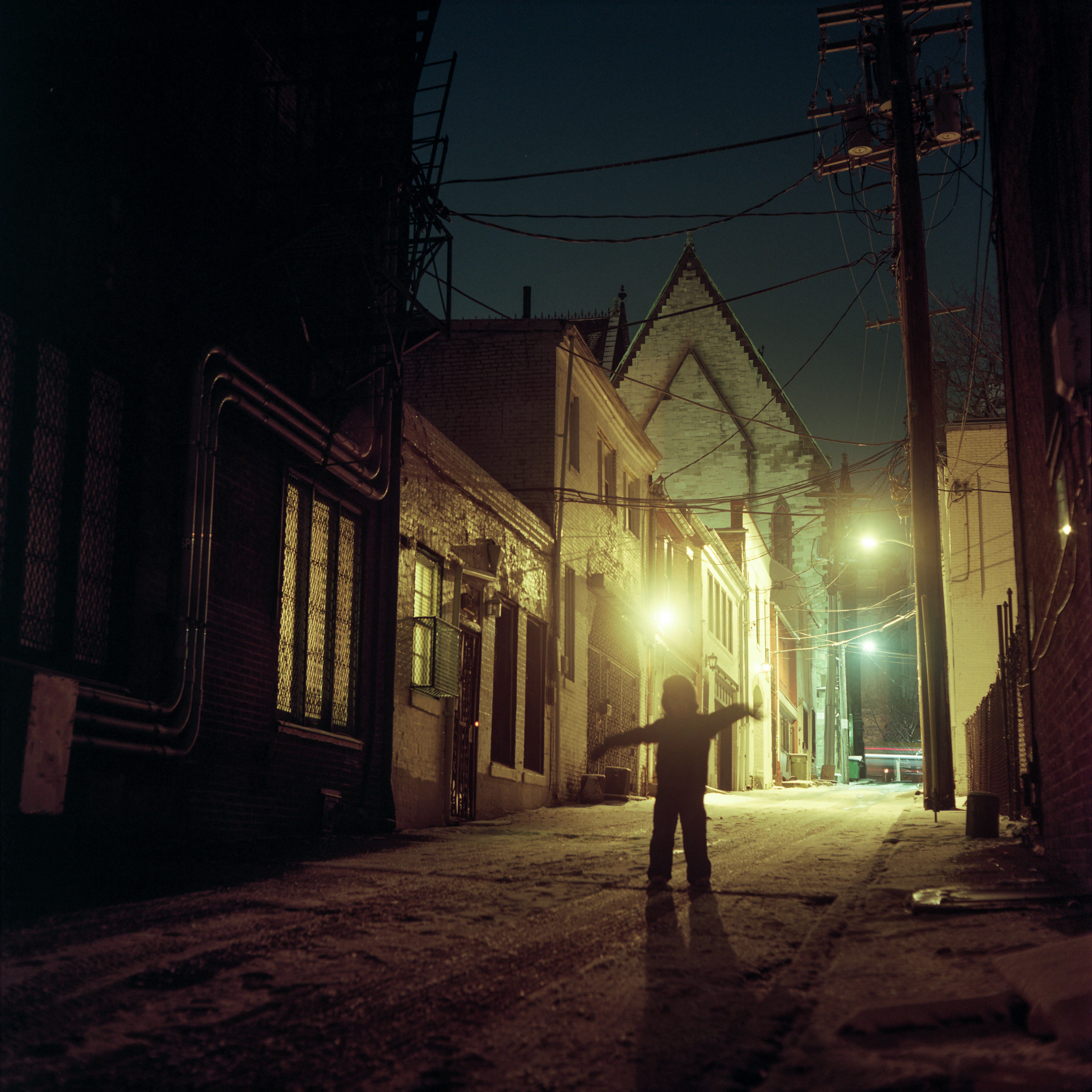